Five lessons and five tools delivered to your inbox for the next five weeks.

High-Performing Teams Need Psychological Safety: Here’s How You Can Create It on Your Startup Team

According to Paul Santagata, “There’s no team without trust.” (Harvard Business Review), and he couldn’t be more correct.

Google’s Aristotle study, a research study conducted to understand what makes Google an effective team, showed that every high performing team consistently had one thing in common: Psychological Safety.

My earlier blog, Your Ultimate Guide to Unicorn Leadership and How it Takes Your Startup Team From Good to Great, shares six steps to creating an effective startup culture. The first and most crucial step to creating a winning culture is psychological safety.

That’s why today, I’m going to take you through an in-depth look at the first step of creating an effective startup culture.

In this article, I will:

What is psychological safety, and why is it important?

Psychological safety is defined as an individual’s perception of the consequences of taking risks and being vulnerable in front of their teammates.

In other words, psychological safety is the belief that you won’t be punished when you mess up.

The importance of psychological safety dates back to the beginning of our species.

Through evolutionary and biological psychology, we can understand the importance of psychological safety and apply that to our modern 21st-century lives.

It turns out, our brain processes a challenge from our boss, the competition of a colleague, or the dismissiveness of subordinates as a life-threatening situation.

Upon entering a situation such as the examples listed above, the part of our brain that processes fear, the amygdala, kicks into overdrive taking over the higher processing centers of our brains.

As the amygdala kicks in, so does our fight-or-flight response which continues to shut down the analytical aspects of our brains. While this behavioural response may have been fundamental in our evolutionary days, it’s nothing but a hindrance now.

When our fight-or-flight response begins, our critical thinking skills take their leave. In a way, we begin to lose our minds when we need them most.

This ‘brain shutdown’ is what happens when the workplace feels threatening. Our thinking brains shut off, and our primal instincts take over leading to nothing productive.

And that’s why psychology safety is so important.

Numerous studies show that psychological safety empowers employees to take risks and speak their minds. It also helps to encourage creativity and productive discussion. All of which, I might add, are essential components of innovative breakthroughs.

Researcher Barbara Fredrickson, from the University of North Carolina, found that positive emotions such as trust, curiosity, and confidence expand our minds. We become open-minded, resilient, motivated, and persistent when we feel the presence of psychological safety (Harvard Business Review).

Also, our problem-solving capabilities and divergent thinking skyrocket under a properly psychologically safe environment. Both of which are essential to creative thinking.

Instead of seeing the workplace as dangerous, we see it as a challenge with psychological safety. This mindset allows us to work together with a team to productively solve problems and find solutions.

In the presence of psychological safety, we elicit trust making behaviour in all team members.

This creates a deeper sense of connection among the entire team which is a huge factor in team success and performance.

Often the amount of psychological safety on a team is measured through how team members present themselves at work, beliefs and values of the team members, team norms and culture, how team members communicate, as well as the team’s skills and capabilities.

Characteristics of a team with poor psychological safety include team members who are afraid to admit their mistakes because they fear the negative consequences of other team members.

Poor psychological safety also shows through team members who are quick to blame each other for things that go wrong, team members hold different values or beliefs from others, and teams whose culture is overgrown with conflict.

These characteristics show a team has poor communication skills, doesn’t work with a set of shared values, and is run by a toxic culture.

Overall, these types of teams are unable to operate at their full potential.

When employees come to work with feelings of defeat and mistrust, they are unproductive and inefficient at their jobs. These teams have a low capacity for success.

Psychologically safe teams, on the other hand, are able to operate at a high capacity.

Team members feel motivated to come to work causing them to be productive and successful.

Teams with high psychological safety operate with a growth mindset. They are able to learn from each other as well as their mistakes.

These teams share ideas openly and are able to create productive discussions from different perspectives which allows them to be more innovative and make better strategic decisions.

How can you increase psychological safety on your startup team?

Now that you understand the importance of psychological safety to the success of your team, it’s essential to understand how you can implement it.

Below I provide you with three ways that you can increase the psychological safety on your own startup team.

1. Say no to conflict and yes to collaboration.

In the workplace true team success is found in win-win scenarios for everyone.

As a team you can’t be in competition with each other, you must always remember that it’s the team vs. the problem.

When conflict comes up, avoid triggering team members fight or flight response by asking how a mutually desired outcome could be achieved rather than letting one perspective win over another.

Blame and criticism creates toxic conflict which leads to defensiveness, arguments and disengagement.

Rather than allowing blame to become the leading voice on your team, change it to curiosity.

Do this by discouraging team members from making assumptions. Instead, teach them to interact with a growth mindset that inspires questions, discussions, and problem solving.

After a team discussion or meeting, ask your teammates for feedback.

This helps you to illuminate blind spots in communication among the team which helps to increase trust among team members.

When team members understand their thoughts are valued, you create a learning opportunity for the entire team which shows the team they can rely on each other.

To learn more about creating psychological safety on your team, how you can measure it, increase it, and use it to your advantage check out my workshops page.

Here at Unicorn Labs I run team building seminars and leadership workshops in Ottawa and Toronto locations to help your startup team level up their performance from good to great with strategies such as psychological safety.

Your scalable solution to leadership development. 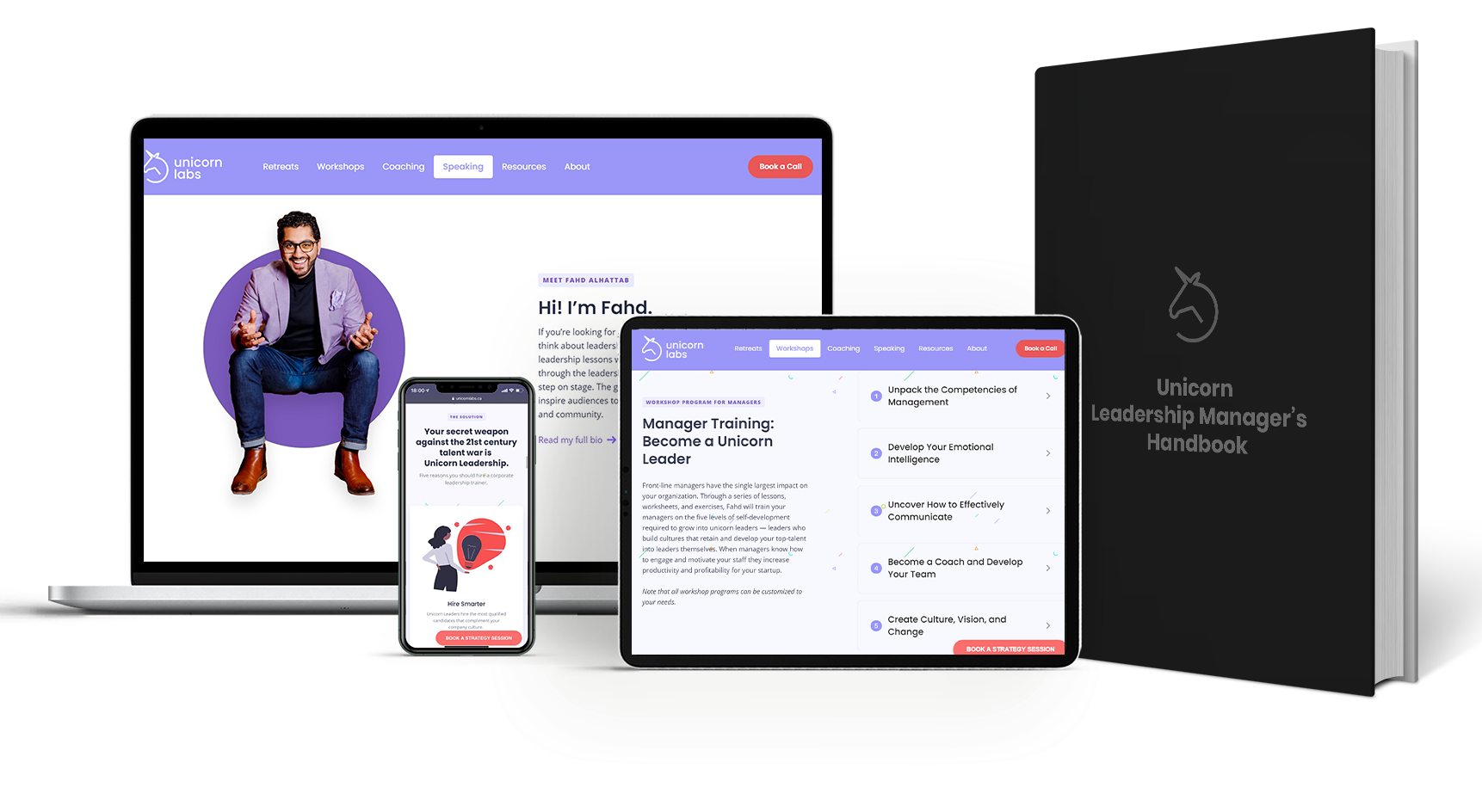 The Importance and Benefits of Conflict Management

Case Study: How Unicorn Labs Can Transform Your Startup

The Top 5 Skills Every Manager Needs to Resolve Conflict

Six Steps to Engaging and Leading The Team You Inherited

Step-by-Step: How to Use OKRs to Become a Great Manager